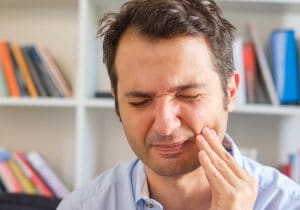 When it’s allowed to become severe, gum disease can be the most serious thing to impact your smile and oral health. In fact, severe gum disease is the most common cause of adult tooth loss, despite the fact that it’s also one of the most preventable oral health concerns. One of the reasons why gum disease is allowed to develop and progress so severely is because its symptoms and the condition itself don’t always seem serious to patients who exhibit them. Today, we explain why it is, and why you shouldn’t take having gum disease lightly.

The origins of gingivitis and gum disease

Gum disease starts as a relatively minor condition known as gingivitis, which is an infection that develops in your gums when oral bacteria accumulate underneath them. Certain types of oral bacteria, which make up parts of your dental plaque, can directly harm your gum tissues by releasing toxins and molecules, some of which incite rampant inflammation in the tissues. At first, the symptoms of gingivitis can seem minor, and even as they progress, patients may often overlook them. However, the specific causes that result in these symptoms hint at the seriousness of the disease that’s progressing behind them.

What the symptoms actually mean

Some of the most common, noticeable symptoms of gum disease include issues with the appearance and integrity of your gums. For example, when gingivitis first affects your gum tissues, the infection can cause your gums to look red, become swollen, and even bleed slightly when you brush and floss. Though seemingly minor, these are all signs of the destruction of your periodontal tissues and ligaments which are responsible for supporting your teeth roots, among other things. The more severe the symptoms become, the greater the damage has become, and you may be a heightened risk of losing one or more teeth before you realize it.

How to prevent or manage gum disease

The good news is that gum disease can be prevented when you take it (and other oral health concerns) seriously enough to practice consistently good dental hygiene. That includes brushing and flossing your teeth at least twice every day, as well as sticking to a routine schedule of preventive visits with your dentist. If you do show signs of gingivitis or gum disease, then speak with your dentist as soon as possible, even if it isn’t time for your routine visit.t The sooner you address it, the better chance you have of mitigating any damage it can cause to your smile.

Learn about the seriousness of gum disease

Unless you experience its more severe stages, the seriousness of gum disease may not be obvious at first. To learn more, schedule an appointment by calling Allen & Neumann Family Dentistry in Pella, IA, today at (641) 628-1121.